Mother Jones found the problem with economy and its name is Austerity.  I'm not even sure where to start with this. The main issue I have with the basic premise is that wealth is generated from government spending. If you believe that, then this article is for you!

First is their blaring sub-headline:

IT WAS THE EXCEL ERROR HEARD ROUND THE WORLD.


Then followed up a paragraph later with this:

But then, on April 15 of this year, a trio of researchers at the University of Massachusetts published a paper that took a fresh look at Reinhart and Rogoff's study. It turned out there was a problem: R&R had presented data from a list of 20 countries that filled lines 30 through 49 on a spreadsheet. But the formula that calculated the results relied on lines 30 through 44. Oops.

On its own, the spreadsheet error had only a modest effect on the paper's conclusions, but the UMass team had other, weightier criticisms that taken together called R&R's conclusions into serious question. Still, under ordinary circumstances the whole thing would have been little more than a dry academic debate.


Oh so the error that is the basis for your whole article isn't really a big deal? Let's watch the mental gymnastics.

TO FULLY UNDERSTAND THE R&R AFFAIR, let's return to that moment in January 2010. Technically, the Great Recession had ended several months earlier. But the economic reality of working Americans remained bleak. The unemployment rate continued to hover near 10 percent. A broader measure that includes discouraged job seekers and those forced to accept part-time work was near 17 percent. GDP was growing again after a disastrous 2009, but at an anemic rate of about 2 percent a year. Wage growth, adjusted for inflation, was actually negative: Salaries were shrinking, and still no one was getting work.


Let's take a look at what money actually is. It is a neutral resource to be used in place of trade. Prices are a message to us what goods and services are worth. Business produce products and services. It is not really efficient to trade goods for goods so money was invented as a go between. I want a new TV but I can't trade my work at Widgets, Inc. for it. Money is used to measure my worth and the TV's worth. But in essence we are still trading my work for that TV, at least a fraction of it.

And trade of money for products and services benefits both parties. But let me let Mr. Whittle explain:

Now governments do create currency but only for the purpose of allowing the trade of wealth, work, and goods. But Government as a supplier of goods and services must get money from some sort of income. It cannot simply just print the money else the money will decrease in value. So when the housing bubble burst and we went into a bad recession:

The federal government is the only logical candidate for this rescue operation, and with recovery still perilously weak in 2010, the obvious response would have been a second dose of stimulus spending. But the political world was already moving in the opposite direction. Republicans had voted against President Obama's first stimulus bill almost unanimously, and there was little reason to think they'd be any more receptive to a second round. Nor was it just Republicans.

Wait, the ONLY rescue candidate for the bubble was the government? Do you accept that notion? What about the notion that the housing bubble happened in the first place because Fannie and Freddie were artificially propping up the housing market from money given to them from the government. Buy buy buy! There's plenty of money! Except there isn't plenty of people who can afford them. When it was apparent there were far more houses than people, the houses lost value. Maybe things like the affordable housing act contributed to this. (Oh shit, sounds like the affordable care act! No impending doom there, right?)

By the way, Republicans did indeed vote against the stimulus in 2009. But it didn't prevent passage, so where was the austerity exactly?

Well what if Solyndra was the next big thing? What if it generated wealth and then could be taxed? Sure great. The government's track record on picking winners and losers is bad, though. But then why the hell is it their business to pick these winners and losers? Market competition will do a far more efficient job of that anyway. And let's not forget a little thing called freedom to pursue my own happiness, not the government sanction happiness.

So sure, 550 million to Solyndra paid some salaries. But that money came from taxes, they took it from other people and gave it to the people who worked at Solyndra. Who pissed it away, went bankrupt and now the money is gone. It's worth less than what it was worth when the government gave it to the company because it is not generating wealth.

Wealth can be generated from thin air but money can not, at least not without dire consequences to the economy.

When FDR cut spending too soon in 1937, it famously throttled recovery from the Great Depression. They pointed to economic data: By 2010, we knew that the 2008 recession had been far worse than we thought during Obama's first month in office, when the initial round of stimulus was passed. They pointed to Europe: Austerity there had crippled the recovery and kept unemployment at stratospheric levels in Greece, Portugal, Spain, and other countries.


But how? How does it keep unemployment at stratospheric levels? Only if the jobs are government jobs will spending cuts result in less people working. A private business can do whatever it wants if it has the money and revenue to do it. So what cuts into a private business's revenue? What keeps it from expanding and therefore needing more people to do work for it?

(Let's also absolve ourselves from the notion that companies are there to provide jobs. They are there to provide a product at a profit. The better it does, the bigger it grows and the more people it needs to help it continue. Jobs are a byproduct of success, not a goal.)

What cuts into a private business are taxes, regulations and fees. The more the government requires of a business, the less it is able to continue to do business. If it has to hire 20 accountants to do it's taxes, money that it then has to forfeit, how the hell is it supposed to hire more people? Just raise prices? Tell me, how well do you respond to higher prices? Do you buy as much as you normally would? Or just demand more money from your employer so you can keep the business going and pay your taxes so the government can spend more to failed enterprises and wasted grants so they have to take more... 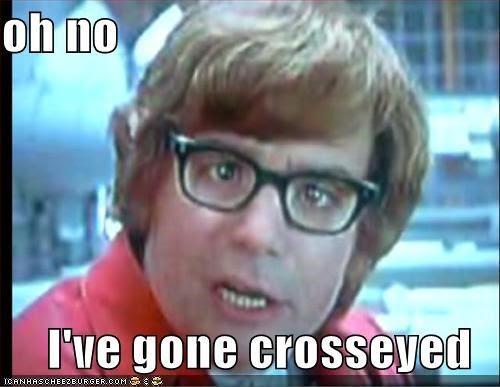 The bottom line in all this gobbledygook Mother Jones tries to dazzle you with is the simple truth: Government can take more or less. The less it takes, the easier it is for businesses to expand and therefore provide jobs. The more people are working, the more money to spend, the more economic activity there is. Think of the government like ankle weights. Right now they are cement shoes and we are at the bottom of the ocean.

And the debt tide is rising.
Posted by Rationalist Yoda at 12:09 PM