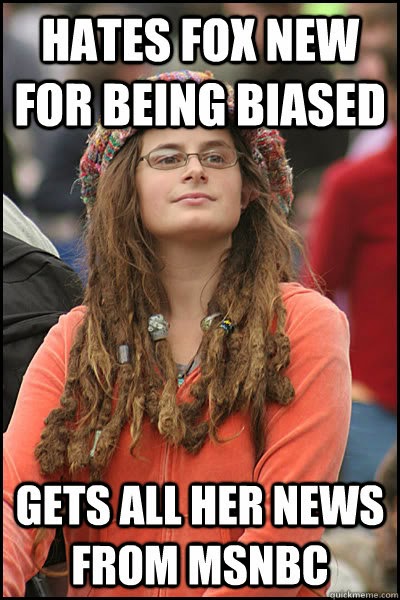 At the very least, exercises in heavy misleading.

But the study is clearly not simply designed to discover whether certain Americans believe things that are not true, and that such beliefs correlate with partisan affiliation, ideology, media preferences, etc. That’s the sort of thing you can do all day: Democrats, for example, are about twice as likely as Republicans to believe in astrology, and are significantly more likely than Republicans to believe in a great deal of other superstitious nonsense, such as ghosts and fortunetellers. It is no surprise that the signature piece of legislation produced by the united Democratic triumvirate of Obama-Pelosi-Reid produced a health-care program that will pour subsidies into such discredited claptrap as chiropractic, homeopathy, and acupuncture. (Given the demographics of cable-news audiences, it’s a safe bet that MSNBC viewers believe in astrology at much higher rates than Fox News viewers.) That the nation is scandalized by conservatives pushing “intelligent design” but not by a federal law mandating subsidies for equally nonsensical quackery has nothing to do with our alleged regard for science and everything to do with the class biases of media people.

I myself decided to check out a Fox News meme, this on the subject of whether or not FOX was given the ability to legally lie. It turned out to be horse pucky.

Fox is not on the team and this is their sin. There's something vaguely mafia-esque about the left and FOX. See they won't play ball, see. FOX isn't towing the line like the other news media such as CNN, MSNBC, and -the Don of lefty media- the New York Times. It isn't that FOX is really that much more conservative. They have lefty voices on all the time. But they allow the right to have as much of a voice as the left and that can't be allowed. You really think the left is about free speech? They apologize for Islam (who had a field day today) and condemn Christians. They are about control and fascism. Don't think otherwise.
Posted by Rationalist Yoda at 12:55 PM