The Petulant Ungrateful Liberal (but I repeat myself) 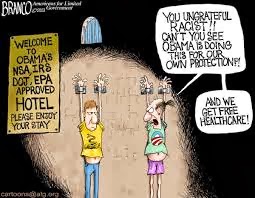 So I've had this story on the back burner for a couple of days and I want to get into it.

An EBT card user interviewed ... comments, “They better resolve something because if it stays like this there’s gonna be an uproar in the city of L.A.” When the man is asked to clarify, he respond, “A Rodney King baby!”

The man is referring to the 1992 L.A. riots, spurred by the Rodney King beating, which resulted in 53 deaths, 2,000 injuries and over $1 billion dollars in property damages.


Let me ask you liberals something. How many of you turn your nose up at the rich kid who's daddy or family gets them everything? (Unless they are a Kennedy.)  Usually the mostly accurate stereotype is they are ungrateful spoiled brats. But it has nothing to do with the amount of money they have, it's that they never had to EARN it.

So money handed out by the government results in the same spoiled brat behavior. At least the rich kid gets to dress well.

And take it away and they throw a fit. This is one of the essences of conservatism, learn how to take care of yourself. Don't be dependent on anyone as much as possible for your well-being. Earning your own way through life by making yourself valuable, through whatever skill you have to offer, doesn't just earn you a better paycheck. It gives you a sense a self worth that is impossible to receive through government dependency.

People who succeed and do well are more likely to give back. They don't have to be forced to do it. Conversely those who don't earn are not grateful when they take from those that do. They are nasty, awful people. Perpetually unhappy and the tragedy is that don't even know why. Of course they blame everyone else. And why not? They given the responsibility of their very well being over to others. And yet, somehow, the left believes that those politicians who are elected care about those people's well being.

I know, you will hit me with the usual buzzwords about corporations. Greedy, in it for profit, etc etc. All people, no matter public sector or private sector are in it for themselves. Please find me these angels in the government. In the DMV? Perhaps the zero tolerance school officials who punish students for trying to do the right thing and then send their lawyer in to lie about it? How about Mayors of big cities who grope their employees while preaching women's rights?

Liberals are petulant children. It amazes me the supposed "free spirit" people who love to "express themselves" and don't want to be preached to are so quick to hand over everything important in their lives to an all-powerful authority. Take care of me! I just want to play Xbox and have all the sex I want with no consequences! Pay for health care? Whatever!

Children need to be taken care of. Adults take care of themselves.

50% of this nation are children. They look like adults but take away their allowance that they did nothing to earn and they will throw a tantrum. Just like a rich, spoiled brat. Riot, looting, it doesn't matter. They value nothing because they don't value themselves. And those in power have successfully devalued an entire generation of human beings.

The only person hurt by the rich spoiled brat is the parents blowing money on him. Spoiled recipients of the government hurt all of us, including themselves. The parents at least chose to spoil their brat. I have no choice as a taxpayer.

But at least the health care is free, right?