I mean look at this guy. Smug expression, little baby pajamas, probably still demanding his parents stop running his life as he continues to not work.

Show of hands, who wants to smack him in the face with a garden shovel? This weiner is the most typically leftist voter I have ever seen.

"You're greedy. I'm going to go protest in a tent on Wall Street while still not working. Dad I need money for a plane ticket."

And if I was his dad, I'd pay for it. Though I'd make it a one-way ticket.

This image is Obama's America. This is a proud American male, emasculated. Pussified. Immature. Arrested Development. 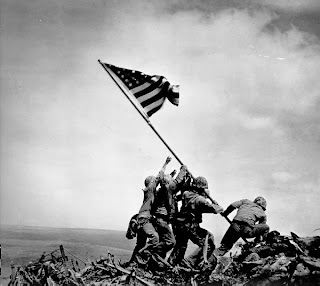 What about #Pajamaboy instills the kind of feeling that these two images do? Or when you contrast these him with the other two, tell the truth now, do you feel revulsion?

If you ARE a pajama boy type, feel shame. Because even though that is a grown-ass man, he is being referred to as a BOY. A child. Adults don't want to be taken care of like children. But that's how Obama and the rest of the left sees us. As children. Spoiled, self involved, arrogant -but ultimately helpless- children.

Take your health insurance and your paternalistic attitude and shove it up your ass Obama. I'd like to think that's what the Duke would say. But he would be more blunt about it.
Posted by Rationalist Yoda at 3:57 PM