Krugman Defines Caring: Government taking to give to whom they deem fit. 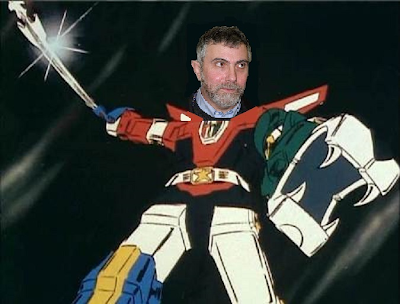 Warning, sarcasm level is very high in this article.


This organized effort, built on a network of religious fanatics who sing songs together and recite prose in unison in cult-like meetinghouses across the nation, demonstrates the true villainy of the tithing culture and the vacuity of so-called “acts of charity” which exist in Republican communities. Remember: you only care about someone if you’re dedicated to compelling someone else to give money to an effort. The only purpose of giving of your own free will is self-aggrandizement. The only kind of spending which demonstrates actual care for the poor and unfortunate is government spending.

In other words, who are you to decide who is in need and who isn't? We in the government are so much smarter than you. I, Krugtron, have declared it so.
Posted by Rationalist Yoda at 11:09 AM