That rocket scientist over at MSNBC says Dems should just say "Your crappy plans are gone, deal with it." Way to look out for the poor there, Hyphenated-Asshat. I mean Harris-Perry. Nothing says compassion like telling your voters to suck it.

Obamacare is back in court by the way. Ever have a friend who always seemed to end up in court? Did they eventually implode? Anyway this is for the abortion mandate:


The administration and abortion advocates insist that Conestoga and Hobby Lobby are about women’s rights, not religious freedom. This claim is strike one against the administration.

Nearly 50 years ago, the Supreme Court, in Griswold v. Connecticut, created a “right to privacy” in the matter of contraception, and then eight years later, in Roe v. Wade, extended it to include abortion, even though those activities are not mentioned in the Constitution. Yet the Court never suggested that private citizens could be forced to buy things for other people.

Yup, women's rights are now defined as having other people take care of their medical expenses. Oh feminism, how far you've fallen.

But choices are for us big, government, powerful, intellectual types. Not for you peons, defined as anyone making their own money. So you people get shaken down:


It’s worth noting at this point that HHS regulates these markets in significant ways, especially after the passage of ObamaCare. This wasn’t just a case of working the phones for a charity. This was the Cabinet official with the most impact on these businesses extolling the efforts of a supposedly independent group launched by a close adviser to the President. It doesn’t take much ink to connect those dots, which is why insurers began complaining loudly enough about the pressure for Congress and the media to take notice.

It was a shakedown, pure and simple, to wring more money and assistance out of industry players in order to bypass Congress on funding operations within the executive branch. That should prompt Congress to demand more answers, and perhaps to cut off even more funding to HHS until they get them.

Your government is here to help. Or else.

Remember, this is the Affordable Care Act. It's right there in its name: Affordable. And yet...


Obamacare will cost large companies between $4,800 and $5,900 more per employee and add hundreds of millions to their overhead, according to a new survey.

The American Health Policy Institute conducted a confidential survey of 100 large employers—those with 10,000 or more employees—asking what costs they expect to incur from Obamacare over the next decade.

Factoring in the health care law’s added mandates, fees, and regulatory burdens, employers anticipate cost hikes between $163 million and $200 million in 2016, a 4.3 percent increase. By 2023, employers will be paying 8.4 percent more than “what they would otherwise be spending” for their employees’ health care.

In the next 10 years, the total cost of Obamacare to all large American employers is estimated to be from $151 billion to $186 billion, according to the study. 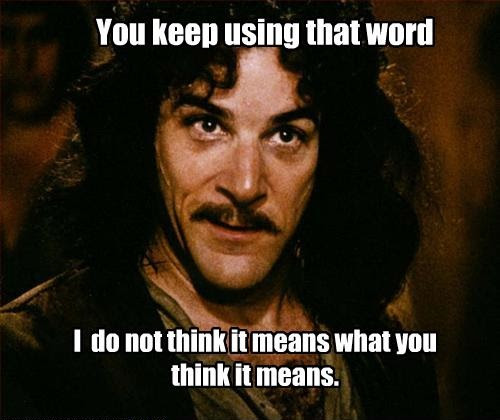 Posted by Rationalist Yoda at 1:47 PM