It's time to start calling out him and every other like him who have successfully taken away guns from the law abiding. Every time we get someone who has been indoctrinated to believe guns=bad, anyone who has been influenced by this yahoo who has a position of authority, and who has created gun laws (Chicago  I mean "The Killing Fields") or gotten organizations to create "Gun Free Zones" (Washington, Aurora, Sandy Hook) are responsible for those deaths.


There are three ways to deal with gun deaths:

1. Get rid of every single gun -- This is a child's idea, one that is not feasible in the least and is so stupid, it shouldn't be brought up.
2. Get rid of crazy people or perhaps have a "precrime division" a la Minority Report.
3. Stop people in their tracks when they do go off their nut.

Far as I can tell, the police response isn't to start passing resolutions and looking haughty at the gunman. They shoot his ass. He keeps living in this fairy tale that crazy people and deaths won't happen. He won't answer the question: Why can't people be allowed to defend themselves?

But all of these do the same thing: 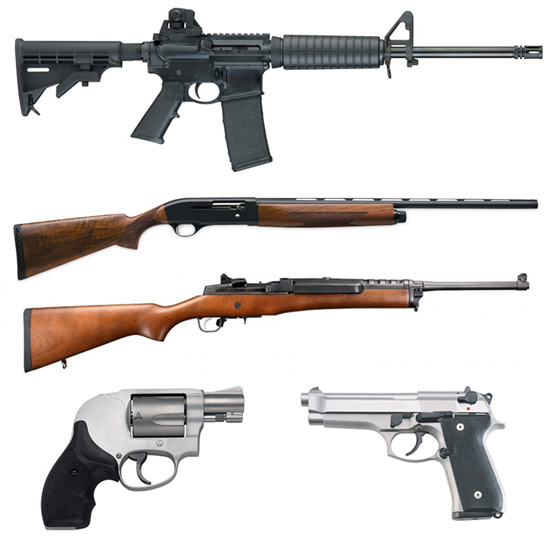 Pull trigger, bullet comes out. It's just the black one looks scarier. That's Pier's entire argument. The actual effect on the lethalness of a gun doesn't matter. It's just scawy wooking. Well how about this gun Piers: Glock 19. What about these two guns? They are responsible for the single largest mass shooting by a single gunman in history, the Virginia Tech massacre.

Why did Virginia Tech get so bad? Because it was a gun free zone. Not one of those poor students were allowed to defend themselves. That's on you Piers Morgan. You and everyone you and your fellow gun control activists who successfully made sure there were gun free zones. Because a gun free zone is a target rich environment.

You can't get rid of all the guns. It's not possible. You can't stop people from going crazy. You can pass laws that people who are law abiding will obey. And you will keep having mass shootings and blood and death. So I am calling on everyone to place the blame of these mass shootings where they belong. Yes, the people who pulled the triggers are ultimately responsible. But the numbers would not get so high if people were allowed to defend themselves.

I give you exhibit A:


Hey Piers, how come you never cover this kind of story. Look, everyone was armed and no one got hurt. More guns are not the answer? Bullshit. Piers Morgan contributes to murder. Plain and simple.
Posted by Rationalist Yoda at 8:06 AM