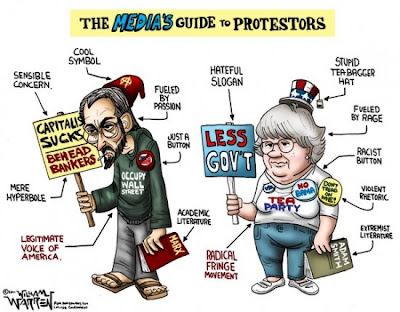 One of the guys I really respect is Bernard Goldberg. But there are times we disagree and today's column is one of those times.

Bernard calls the conservative wing of the GOP the suicide party. To be fair, he does call the moderate wing the "establishment" once, a term that has become derogatory in the conservative circles. But really, the labeling is out of control on this column. What does all this come down to? Let's tear into this.

According to two new polls, Republicans are taking most of the blame for the partial government shutdown. A Washington Post/ABC News poll found that 70 percent of American adults disapprove of the way congressional Republicans are handling budget negotiations.  Sixty-one percent disapprove of Democrats. As for President Obama, his approval rating actually went up, to 45 percent, from 41 percent at the end of September.

So what? The election is a year away. These daily polls are silly and stupid. People do not keep up a level of emotion about this all the way to election time. Anyone remember the last budget battle? Or more specifically, does anyone think the budget battles are what got Barack Obama elected? Low information voters got Barack Obama elected and that's who's getting polled.

Do these people even know what the battle is about? What are the stakes? What's a CR? Why does the debt ceiling affect us? Why does a government shut down affect you? And should it? There are basic fundamental questions about the role of government in our lives that people don't understand. If they are coming from a place of ignorance, what the hell good are an approval poll's numbers?

Yet the suicide wing of the party says “We did the right thing.  We stood up for our principles.”  That’s usually a good thing.  But in politics you have to have a plan.  And Senator Ted Cruz and the House populists didn’t.  They're a minority in the GOP, but a loud and at times menacing minority.  And so the more moderate (read that “reasonable”) Republicans went along with their silly scheme first to repeal ObamaCare  and when that didn't work, to defund it.  Memo to the suicide wing:  Don’t go to war without a plan.  Don't enter a conflict without an endgame.  Don't pick a fight you can't win.


Here's the thing, we know what works and what doesn't. Anyone who knows basic economics history or who has read anything Thomas Sowell has written will understand what causes some of the issues that we are having right now, regulations and taxes. Ted Cruz and the tea party GOP knows these things as well. I agree that there should be a plan. But at this time, their power is limited. The only fight they can pick is one they cannot win.

Now when democrats go into rallies or when the crazy Texas state senator filibusters the right to kill the unborn, she may have lost but she "raised awareness," a phrase I am so utterly disgusted with anymore. If you're not aware of what's going on in age of 24 hour cable news and an internet with so much information at your fingertips the likes of which has never been seen in the history of humanity, you aren't trying. In fact you are actively and purposely trying to be stupid.

So why when a democrat cause fights a losing battle, they are raising awareness and when a republican does it, they are part of the suicide wing? The moderates allowing Obamacare, a policy we KNOW will fail and cause damage, are reasonable? It's reasonable to allow damage and destruction of the health care system? It's reasonable to double premiums on the poor? It's reasonable to blow 94 million on a website that doesn't work?  Why are these moderates, who keep retreating and capitulating to these failed policies, reasonable?

The good news scenario for Republicans is that the American people may yet turn on the president. They may at some point see him as uncompromising and obstinate and start to shift blame over to him for the mess in Washington.

The bad news scenario is that this won’t happen, that the GOP brand is so tarnished that the party will continue to take the lion share of the blame and that they’ll stand no chance of taking over the Senate next year.  It’s not likely they would lose the House, but if you offend enough voters, anything is possible.

Yeah but why are voters so offended by what the GOP is trying to do? It couldn't be that the hostile press is turning everything the tea party is trying to accomplish into "GOP hates black president." "Tea Party is Racist and hates poor people." "Republicans only want to help their big business buddies." When the message is twisted, how is that the tea party's fault?

Now the GOP is bad about messaging. They assume everyone understands the fundamentals of economics. Memo to tea party: You have to start talking to the American people as if they are in grade school. Now here is the tricky part: You cannot treat them as immature children. The economic knowledge of most Americans is woeful but they are not stupid. They are distracted. They are pumped full of pop-culture and they are given information overload, especially by a press that twists and slants everything towards the democrats.

Most of the "reasonable" GOPers want to get on talk shows. They are very worried about impressing the talking head set in the beltway and everything they say sounds the same, is phrased the same, and is designed to make them look reasonable to the people that are in front of them. This is human nature, you are going to try to influence those that are closest to you. This is the mentality that Reagan shunned. He didn't really care about the pundit class. He spoke plainly and openly, but never condescendingly, directly to the American people.

The tea party and GOP wing needs to figure out how to do that. How will Obamacare affect you personally? How does the national debt affect you, Mr. John Q Public? Why is printing money bad? Pick a regulation and make it a personal story of how someone got damaged. There's no shortage of them. The GOP is very good about finding a soldier during wartime and telling his story and then pinning a medal on him. It humanizes the armed forces. Do the same with these crushing taxes, regulations, and idiotic policies.

As for you Mr. Goldberg, I know you come from a place of wanting the GOP to succeed. But even if the fight cannot be won, agreeing with policies we absolutely know to be destructive isn't the answer. And telling the people who are trying to fight those policies that they are "suicidal" while those capitulating are "reasonable" is part of the reason we are in this mess in the first place.
Posted by Rationalist Yoda at 8:10 AM