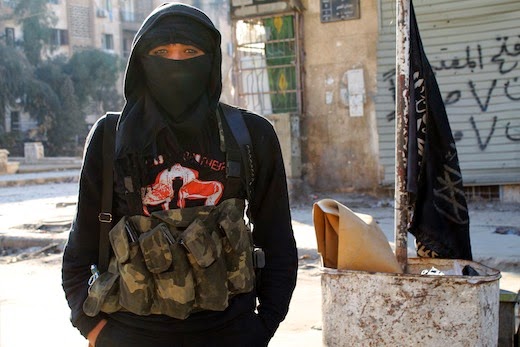 So I saw this article today via Ace:


Syria has fallen apart. Major cities in Iraq have fallen to al-Qa’eda. Egypt may have stabilised slightly after a counter-coup. But Lebanon is starting once again to fragment. Beneath all these facts — beneath all the explosions, exhortations and blood — certain themes are emerging.

Some years ago, before the Arab ‘Spring’ ever sprung, I remember asking one top security official about the region. What, I wondered, was their single biggest fear? The answer was striking and precise: ‘That the region will clarify.’ That is a fear which now appears to be coming true.

The Middle East is not simply falling apart. It is taking a different shape, along very clear lines — far older ones than those the western powers rudely imposed on the region nearly a century ago. Across the whole continent those borders are in the process of cracking and breaking. But while that happens the region’s two most ambitious centres of power — the house of Saud and the Ayatollahs in Iran — find themselves fighting each other not just for influence but even, perhaps, for survival.

Perhaps it's time, like Glen Beck intoned the other day, to admit that the Iraq war was a mistake. I won't go so far as to say it was wrong to try to get freedom to the middle east. But it was ineffective. It's not like there aren't middle-eastern muslims who don't want to be free, far from it. But Islam has taken hold of people in the middle east like herpes and it fosters a culture of torture, violence, and death. Changing people's minds about their religion is like telling them they are breathing wrong.

I feel sorry for all them. I'm not even angry anymore, other than when they hurt innocents. Which they do a lot. But man, what an unhappy, tyrannical culture. Women are treated as less than human. Gays for all intents and purposes don't exist because they will immediately be killed. They kill themselves on purpose if it will kill as many people who don't believe like them. Especially Jews.

They aren't monsters, they are human beings, just like us. But they are so steeped in a culture of religious garbage that they don't even consider another way. A few do, and a few escape. But the populace at large? I don't know. It looks bad.

So when we get all up in arms about a football team's name? I can't take it seriously. For some reason the government's overriding priority right now is making a team change it's mascot. Because people are really upset over this. Some people. Not sure how many. Let's say 5. Very important we destroy trademark law.

A few brown people keep blowing themselves up? Not a real problem. NFL mascots? Dire problem.

Perspective is for pussies.

Posted by Rationalist Yoda at 12:44 PM