Dealing With The Leftist Brainwashed Masses 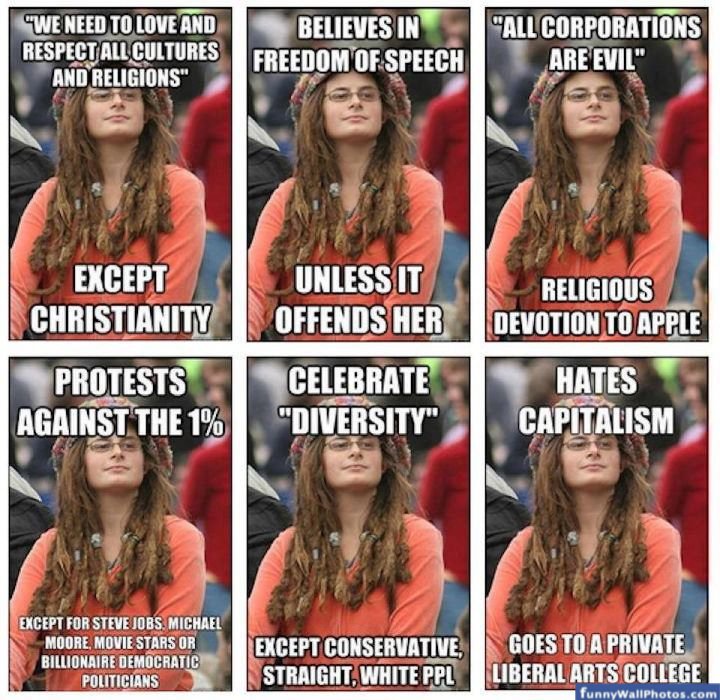 I have been arguing with leftists for a loooong time. It is frustrating. Problem is I have been assuming logic and facts can win the day. But I realize now I'm dealing with religious lunatics, it's just their religion is government control.

How can you argue with someone who believes in "fight the power" through more government control? You can't. Taki Magazine has decided it ain't worth it anymore. Instead, it's time to defeat. We can persuade the middle. We can't persuade or play nice though with these people anymore. After all, look where it's got us.


People usually play their hand by attacking you with whatever line of attack would work best on them. If their consistent MO is to lob one ad hominem Molotov cocktail after another at you, that’s a tacit admission that they fear nothing more than public humiliation. By dictating the rules of the game, they unwittingly let you know precisely what it would take to beat them.

They are immune to logic as if they’ve been vaccinated against it—so go for their emotions. Mock them. Endlessly mock them. Publicly mock them. Take their cancerous hatred—which they’re openly projecting onto you—and smash them back in the face with it. They’re begging for it. They are only being relentless because you’ve been too nice. Despite how boldly they act, they are obviously horrified of their own shadows.

They’re going to call you a “hater” anyway, so you might as well blow off some steam at their expense. Sure, you may have a compulsion to drag them out into the streets and beat them toothless, but that would only validate their fantasies and get you arrested. No, do what they do—only harder. Humiliate them. Publicly. Point out that they are hate-filled, intolerant liars. Toss that bomb right back at them where it belongs.

They are racists. They have no issue with blacks murdering blacks but a white cop makes a mistake and riot time. They are jew haters. Arabs can kill Arabs, no worries. As soon as Israel defends itself? Riots. They hate success. They just hate. There is no rhyme or reason to it anymore. They need to be marginalized.

The left has caused nothing but destruction with everything they touch. Time to start mocking them wherever they are found.
Posted by Rationalist Yoda at 12:16 PM