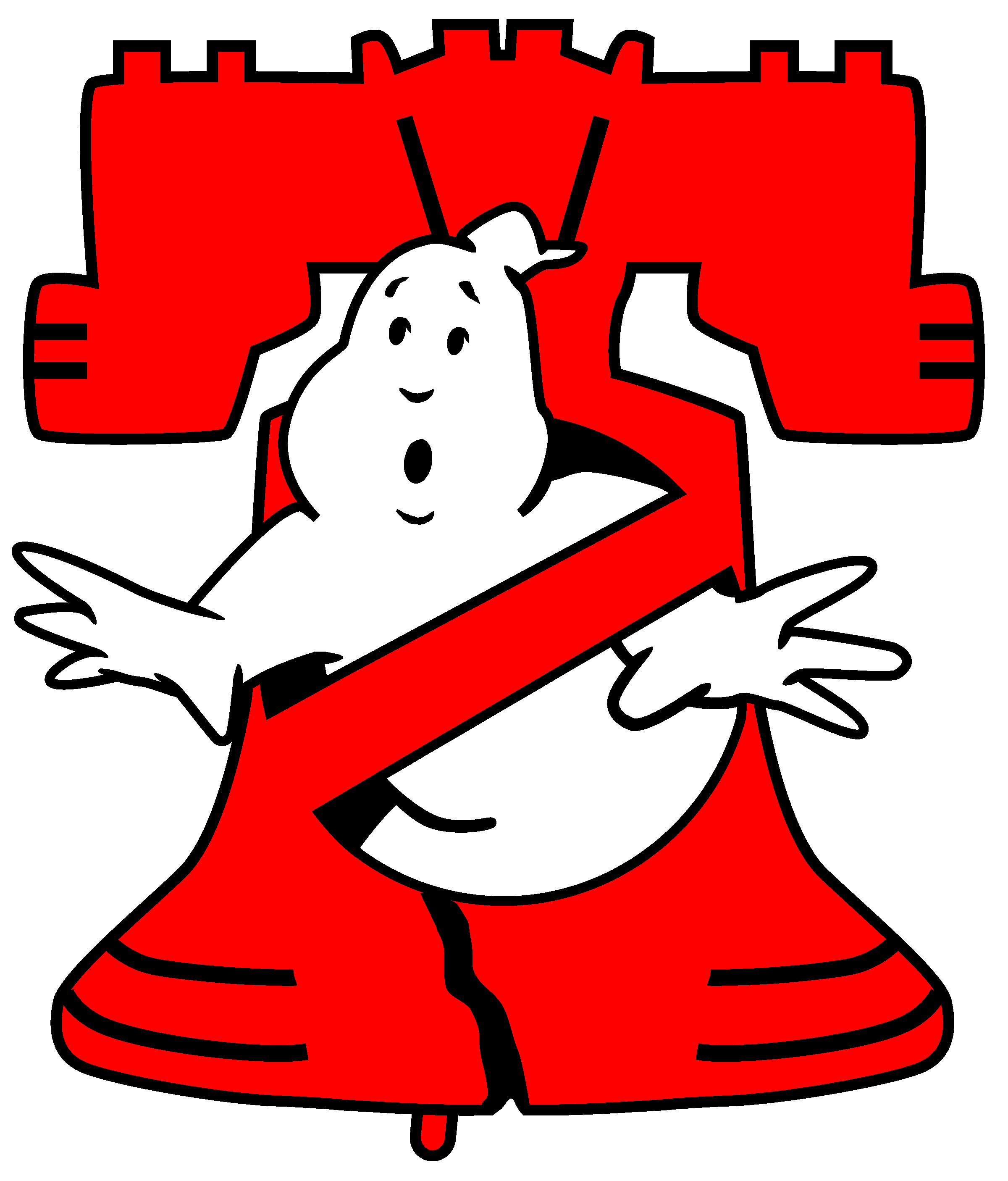 So in the wake of Harold Ramis's death, I decided to revisit "Ghostbusters," probably his most successful and timeless movie. Watching this movie I know backwards and forwards, I was struck for the first time at how this might be the most conservative movie I have ever seen.

I'm certain I'm not the only one who's noticed this. In fact, this article takes a lot of pains to show how close it was to Reagan's economic policies. But I think it's more than just economics in this. There are small little moments, characters, and plot points that show a very conservative point of view.

Personally, I liked the university. They gave us money and facilities, we didn't have to produce anything! You've never been out of college! You don't know what it's like out there! I've *worked* in the private sector. They expect *results*. -- Ray Stanz

So at the very beginning we are introduced to our three protagonists. The have never been out of college or they went back because it was easier. In essence they are living off of the taxpayers. I infer this is a public university by Ray's quote about the "private sector." This would assume they are in the public sector. Now this could be a private university and the fact that they get kicked out for being useless would support that fact but it was a necessary plot point to get our heroes to start their journey so it could go either way. I assume state university as I doubt private universities would allow their research money to go to something so foolish anyway.

While at least Egon and Ray seem to be genuine in their research, Venkman is clearly just using the university as a scam. The psychic test scene illustrates this wonderfully.

So our heroes have to go into business for themselves. This is the first time we see a bit of passion in Venkman, some excitement. Some might say that he's just going for another scam ("The franchise rights alone will make us rich beyond our wildest dreams!") but I do think he believes in his friends. He gives Egon the candy bar. Yes this will make him money, but he also believes that this is real. He is not trying to bilk people. And the movie bears that out, they DO catch actual ghosts.

Ted! Annette! I'm glad you could come, how you doin', give me your coats. Everybody, this is Ted and Annette Fleming! Ted has a small carpet cleaning business in receivership; Annette's drawing a salary from a deferred bonus from two years ago! They got fifteen thousand left on the house at eight percent. So they're OK! -- Louis Tully

Louis is an accountant and Dana Barrett is a musician. Some may point to this as Louis being a stuffy conservative and Dana as the free spirited artsy type. But I would disagree. (You knew I would.) Louis is immersed in tax law (and in the second movie becomes an attorney!) There is no profession more deeply meshed with bureaucracy than accountants and attorneys. Look at that quote. He invites clients so he can write off his party on his taxes. He judges his friends and clients by their economic and taxable worth. There is nothing to this guy, he exemplifies an "empty suit." His world is a world of taxes and regulations. He means well but he's clueless. Our only clue to his humanity is his infatuation with Dana.

Dana is not a flighty, artsy type. She is very down to earth. When she first comes to the Ghostbusters, she's skeptical and is only there because of the crazy shit she saw. When they speak of "race memory" and "clairvoyance" she dismisses it. "I don't believe in any of those things." She is a person who is doing what she wants to do, away from bureaucracies and Louis is the furthest thing from a perfect mate for her as you can get.

Dr. Egon Spengler: Excuse me, this is private property.
Walter Peck: [after observing the storage facility] Shut this off, shut these all off.
Dr. Egon Spengler: I'm warning you. Turning off these machines would be extremely hazardous.
Walter Peck: No, I'll tell "you" what's hazardous, you're facing Federal prosecution for about a half dozen environmental violations. Now either you shut off these machines, or we'll shut them off for you.
Dr. Egon Spengler: Try to understand, this a high voltage laser containment system. Simply turning it off would be like dropping a bomb on the city.
Walter Peck: Don't patronize me, I'm not grotesquely stupid, like the people you've bilked!

Now this is the most obvious argument and others have gone over it ad nauseum so I'm not going to here. Suffice to say that this is the government trying to shut down the private sector through incompetence, arrogance, and politics. Peck is the main villain of Ghostbusters, while Gozer is like a hurricane coming. It's a force of nature but has nothing personal against the Ghostbusters. Peck on the other hand is the antagonist you root against. A self-important regulator with way too much power to affect a private business. He's also incompetent. The expert (Con-Edison employee) even balks at just shutting off the containment unit without getting more information but dumb-ass Pecker just steams on ahead with disastrous results. Not unlike most environmentalists today. Check out "Eco-Freaks" on some great examples.

What struck me most is this exchange which I think has far more weight than people realize:

Walter Peck: [to the electrician] Shut it off.
Dr. Peter Venkman: [to the electrician] Don't shut it off. I'm warning ya.
Con Edison Man: I, I never seen anything like this before. I'm not sure...
Walter Peck: [Interrupting] I'm not interested in your opinion, just shut it off.
Dr. Peter Venkman: [Gets in electrician's way] My friend, don't be a jerk.
Police Sergeant: [Gets in Peter's way] Step aside.
Walter Peck: If he does that again, you can shoot him.
Police Sergeant: You do 'your" job, pencilneck. Don't tell me how to do mine.

Ok, I know this is a comedy and all. But think about it, Peck basically, and without irony or humor, tells the officer to execute a private citizen without a trial if he tries to stop Peck from messing with private property. Does that seem as far-fetched these days as it used to?

If I'm wrong, nothing happens! We go to jail - peacefully, quietly. We'll enjoy it! But if I'm *right*, and we *can* stop this thing... Lenny, you will have saved the lives of millions of registered voters. -- Pete Venkman

Everyone in the government is self-serving. Lenny the Mayor doesn't come around until the prospect of re-election is brought up. Peck is a self-serving bureaucracy. Now here's the thing: so are the Ghostbusters. Yes they were, especially Venkman. He did it to get rich and get the girl. But so what? He was honest about what he was doing. He had proven results. He didn't use force to get people to give him what he wants (except on the ghosts but hey, fuck them) and he used the free market to succeed. The government worker gets by on gaming the system (Tully), pandering to voters (Mayor Lenny), or grabbing power (Peck).

I don't think Aykroyd, Ramis, or Murray intended to make a conservative anthem for our generation. They just wanted to make a funny movie that they enjoyed doing. But there is a reason movies go timeless. E.T. took the most revered symbol of government success, the astronaut, and turned him into an invading monster. Star Wars took the fight of freedom over tyranny to the stars. And Ghostbusters showed how government is nothing but an impediment to getting things done. As Plinkett would say, you may not have noticed these things, but your brain did. It resonated in our collective unconscious to become a timeless classic. If it was just about ghosts, special effects and a few funny moments, Ghostbusters 2 would've been a success.

NOBODY steps on a church in my town. -- Peter Venkman

Wow, defense of religion too. Nice.
Posted by Rationalist Yoda at 9:23 AM